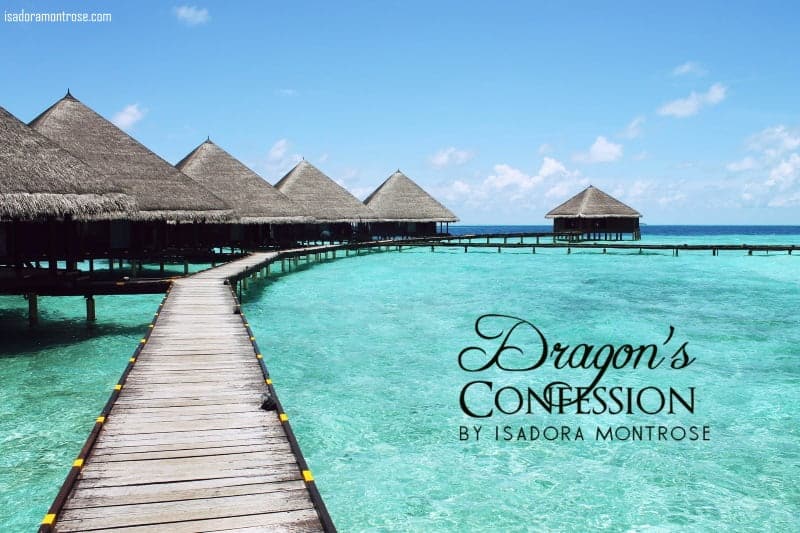 Chapter 9 in Victor and Ingrid’s love story. This week Victor demonstrates that he can keep Ingrid safe and she conquers some of her fears.

Amazon has at last updated my Lords of the Dragon Islands series page. Although all my books are standalone and can be read without knowing the backstory, if you like to read series books in the order in which events occur, there is now a handy guide on Amazon.

I try to keep my world consistent – and fortunately I have great copy editors and beta readers who catch most of my mistakes. If you ever notice any errors, please let me know. Digital publishing makes it easy to correct typos and other glitches and I am always revising my manuscripts so I appreciate being told about mistakes.

A big thank you to everyone who reviewed Dragon’s Confession. It makes a difference to readers when they see those stars!

My second Alpha Phoenix novel Phoenix Aflame will be published on Sunday April 23. If you had an ARC, please have your reviews ready to post on that day. I will send you the Amazon links.

“What should we do?” Victor did not respond. He was too busy pushing buttons. The dragon she had spotted loomed large on the widest screen. His pale brown underparts made him look like a giant hawk. Whistling filled the room. Victor had added sound. Unlike Victor’s alluring song, the strange dragon’s call was unpleasant and shrill. Ingrid covered her ears.

Victor tapped out a message and hit send. “I’ve asked for identification.”

On the screen, they could see the dragon circling and calling. Ingrid held her breath. He shrieked once more before flying out to sea. Gradually he became a dot and then vanished.

Victor’s phone rang. He stood to attention. “Sir,” he said. His phone squawked. She understood enough Swedish to know that he was repeating ‘Yes, sir’ over and over. He ended the call by saying, ‘Thank you, Eldest,’ for a change. He grinned at her.

“A Lindorm after all?” she speculated.

“No. But the Eldest has decided to announce our betrothal to Dragonry.” He was jubilant.

“What does that mean? An announcement in the Dragon Shifter Gazette?”

“An official Proclamation. Six of my cousins will accompany my father and mother to the major Houses to inform them that we are engaged to be married and to invite them to our betrothal ball.”

“Betrothal ball? Have you Lindorms ever heard of consulting the bride?”

He hugged her. “You may get some input on the wedding, Beloved. The Betrothal Ball is the Lindorms’ prerogative. It will be the climax of this year’s house party at the Chateau Lind.”

“What exactly does that have to do with that howling, spying dragon out there?”

“The Proclamation will serve as official notice to all dragons that you are off limits. The betrothal ball will celebrate our union.”

She rolled her eyes. “Romantic.”

The big doofus was tickled pink, and utterly oblivious to her sarcasm. Ingrid bit her lip. “So what do we do?”

“We check out the safe room and remain indoors until our security detail gets here.”

“This place has a safe room?”

“Of course. There’s a tunnel under the house, behind the wine cellar.”

“There’s a wine cellar? On a tropical island?” She could no longer contain her laughter.

“Yes. It’s under the kitchen.”

“Fortunately you have the heart of a dragoness. But we do not need to stay there. That dragon has left. But as a precaution you should know where the safe room is and how to access it.”

The tunnel exited at a tiny beach. “It’s a long way from the house,” she said.

“It’s where the natural limestone cavern ends,” Victor explained. He rapped on a boulder. “This is hollow – there’s an inflatable inside.” He stroked the hair away from her cheek. “We can get in the helicopter and leave if you wish.”

How could he explain? “I don’t think that dragon will come back. He has to know I would fight for you. He isn’t very large.” He could take the bastard easily on land or in the air.

“Do dragons duel over women?” Her eyes were huge.

Shift. He had scared her. “Not anymore,” he shepherded her back to the tunnel and through the big manhole that blocked access to the safe room.

When she could stand upright she asked, “But you guys used to duel?”

“Well, sure.” He set the massive steel bolts and strengthened them with a word of power. “Everybody used to duel. But dragons have laws nowadays, and the Council of the Guild of Dragons frowns on mate stealing. Dueling is forbidden.”

“So that dragon will go mate hunting elsewhere?”

“He should.” He ignored the niggling between his shoulder blades. “There hasn’t been a mate challenge since the nineteenth century. And the Council stepped in to halt that one.”

“I know the Guild of Dragons is just a fancy way of saying European Dragonry. But what is the Council?” His brows rose. “The Guild is not all European Dragons by any means. Even after centuries, there are still rogues and outlaws who do not accept the laws made by the Council. The Council of the Guild of Dragons is just our Parliament. We dragons are big on ceremony and ritual, but the function of the Council is to make sure that dragons are a force for good in the world.”

“Dragons used to be pirates and brigands. We laid all of Europe to waste in our quest for treasure and maidens. And we brought our race to the brink of extinction in the Dragon Wars.” He visibly shuddered. “Dragon Wars?” She had never heard of such things.

He nodded. “Dragon House against Dragon House. My ancestor Bujold-the-One-Eyed killed a pirate called Snorr in aerial combat to claim the archipelago where my family lives. It was the same all over Europe. Then the Guild was formed and most dragons submitted to the control of the Council.”

He smiled with all his teeth and she took a step back from her now feral lover. “Only if you think you would prefer to be seized by a pirate and be part of a harem instead of marrying a monogamous, law-abiding naval officer. Nowadays we dragons are expected to channel our need for excitement and adventure and treasure into the stock market and the armed forces.”

“Is that why you and your brother are both in the Navy?”

“You bet. Like I said, we are expected to be a force for good.”

She nodded. “So what shall we do while we wait for reinforcements?”

“There are bunks down here,” he said. “But they are awfully narrow.”

“Too narrow, Lindorm, for what I have in mind.”