Wedded to the Wolf is nearly here! 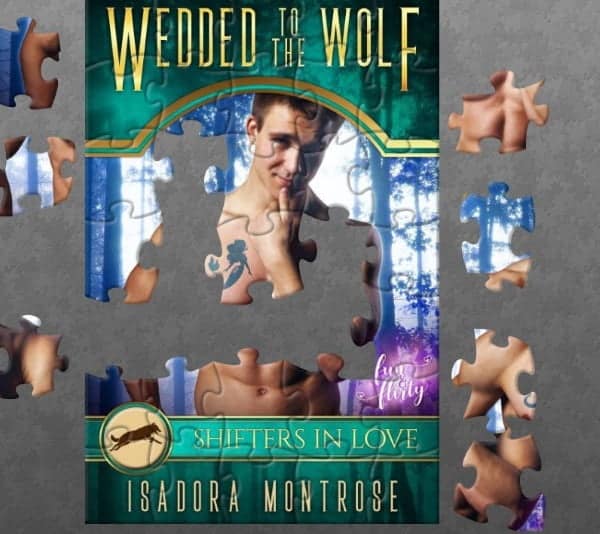 Wedded to the Wolf has just three weeks left in pre-orders.

Coming to the Amazon store Feb 15.

Wedded has been both exciting and frustrating to create. I finally had to scrap my first draft and start over. I hope that the new and improved manuscript will please all of you die-hard werewolf fans!

Here is a sneak peek of Wedded. I am betting that you will find this latest addition to the Mystic Bay series as engaging and thrilling as the others are.

Pre-order Wedded to the Wolf Now!

EXCERPT FROM WEDDED TO THE WOLF:

“I take it back. This limo is not an extravagance. It’s a necessity. I’m exhausted.” She kicked off her strappy black sandals.

“I’d rub your feet, but I’m strapped in.” He reached for her hand but she whisked it away.

“I don’t know if you want to be holding hands with a sexy little bitch like me.”

Drew’s demeanour changed from relaxed to battle-ready. His face set hard. “What? Tell me who said that and I’ll rip his throat out.”

“Your grandfather.” She watched his face go from outraged to amused. “It’s not funny.”

“Sure it is. Honey, we’re wolves.” He took her hand even though she had placed it on her lap. “A bitch is a simple descriptor for a female. Just like son of a bitch describes a male.” He kissed her hand and despite her irritation, she felt a tingle that raced up to her heart. “And it’s a compliment besides.”

“That was rude of him. Although you are one.” He kissed her hand again.

“I’m not,” she said through her teeth. “I’m a mermaid. And your sister informed me that I was a strong tough bitch.”

He laughed. “As you are. And for that matter, as she is. In fact, all the women in my family are strong, tough bitches. Including First Bitch.”

“You did not just call your grandma a bitch!”

“Of course I did. Sweetheart, we’re wolves. And they’re all proud of that. Did you notice their necklaces?”

“Sure. I never saw so many pearls and diamonds outside of a jewelry store.” With the lights sparkling off the jewelry, the Wolfmanns had no need for a glitter ball.

“I meant every bitch in the pack had on a dog collar.”

She saw again the loops of pearls and diamonds that had encircled every woman’s throat. Often more than an inch deep. She began to laugh.

“You needn’t sound so pleased!”

“It sounds like he’s softening,” Drew said with satisfaction. “Now if we could just make him see that Ernest would make a far better First Wolf than I’ll ever be.”

“Ernest. Your cousin Ernest?” She chuckled. “Don’t get me wrong, I liked him a lot. But he lacks that steely, dominant edge. I think you’re stuck with the job, Wolfmann.”

She shut up. It was so not her business.

Comment below to give me your opinion of this excerpt, tips on wolves, and to share your puzzle times!.