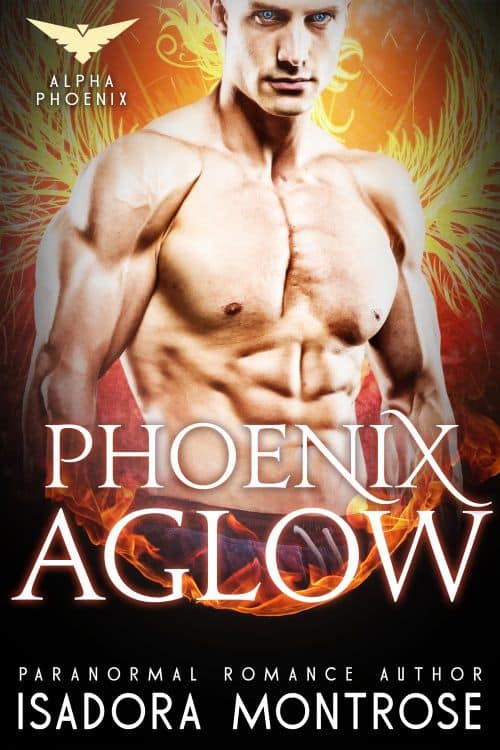 Even after she slams her door in his face, protective alpha phoenix Lincoln guards his curvy mate from her vindictive ex-employee.

Curvy Bev must learn to trust her heart and her man if she is to become an immortal phoenix bride.

Pierce D’Angelo is one of the fabulously rich, much-decorated Texas D’Angelos. This Air Force hero is proud of his posting to Special Forces. But the shape shifter was wounded in action and diagnosed with PTSD. He’s doomed to fly a desk. He heads to his family retreat in the high Arizona desert to lick his wounds.

Pierce has his work cut out for him to keep his buxom Diana safe from a vicious snake-shifting creep. Diana has little choice but to accept Pierce’s fierce protection. But when the dust settles and Curvy Diana discovers her heart has been given to a giant, fiery phoenix shifter – Pierce’s troubles will have just begun.

Laugh a little, cry a little, as these two fated mates discover the power of love to heal and the intimate joys of their telepathic phoenix bond.

Phoenix Ablaze is Book 2 in the Alpha Phoenix series.

Divorcée Tasha doesn’t want to remarry. But their little girls are best friends. Becky shares her mom’s peril. Unlike her ex, wealthy Alpha Male Harrison is obviously not after her money. Plus they can’t act on the sizzle between them unless they marry. Not with the kids watching their every move.

Alpha Male Harrison has no idea that Fate has handed him not just a bedmate but a second true mate. He has no intention of offering Tasha the Gift of the Phoenix. But when necessity forces him to share immortality with his new wife, their destiny is altered forever. Harrison now has to figure out how to keep his wife and daughters alive while earning the love he claimed not to want.

Spice alert: Phoenix Aflame contains scenes of rapturous passion between a muscular Air Force phoenix shifter and his voluptuous and ravenous fated mate. Not for those who prefer a discreet fade out to bawdy ecstasy.

Phoenix Aflame is Book 3 in the Alpha Phoenix series.

Two Air Force Officers. She’s a Phoenix. He’s a Bear. She wants him to accept the Gift of Immortality and become a Phoenix. He offers her a good old-fashioned Bear Bond. She won’t compromise. It’s her way or the high way.

Can this test pilot sow some wild oats with her hard-headed bear without having to buy the field? Or will love bloom between bird and bear and teach them that the essence of true love is to put the other person first?

Spice Alert: Phoenix Alight contains scenes of primal passion between a brawny Air Force bear shifter and his voluptuous and ravenous Fated Mate. For anyone who likes to see shifters uninhibitedly frolicking in bed.

Phoenix shifter and operatic tenor Grant D’Angelo has wearied of his fake reputation as an international Romeo. All he wants for Christmas is Genevieve Carson, the Texas-girl-next-door. How can he persuade this luscious Air Force officer that she is his Fated Mate?

This 15k novella is Book 5 in the Alpha Phoenix series.