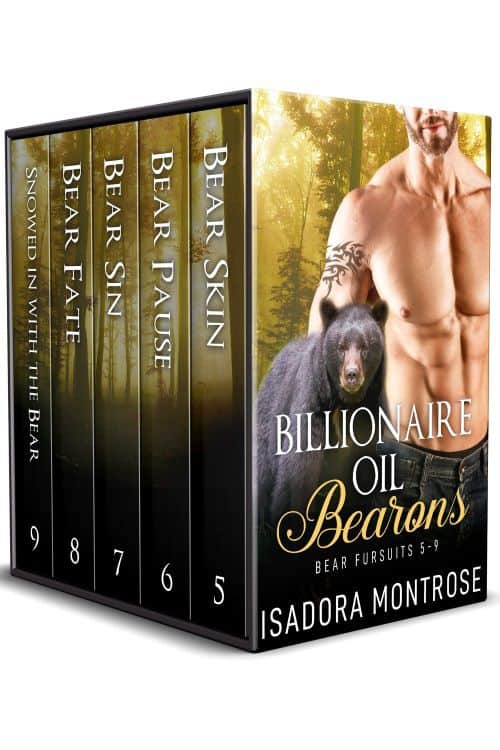 From the Cascades to the prairies of Colorado, the possessive Billionaire Oil Bearons pursue their feisty fated mates…

Bear Skin: Will Zeke’s billions persuade his curvy angel to take a chance on a surly, wounded warrior?

Bear Pause: Laura will lose the ranch she’s spent ten years running, unless she rustles up a husband and child from thin air. Her burly new stable hand looks like he’s up for a temporary marriage.

Bear Sin: A shotgun marriage, cubs on the way, and a missing bride will force dominant Patrick’s protective bear out of hiding.

Bear Fate: Two alpha males contend for she-bear Amber’s heart. Will she chose a rich bearon or a wounded warrior?

This is a collection of previously published books.