Snippet from my new Dragon release 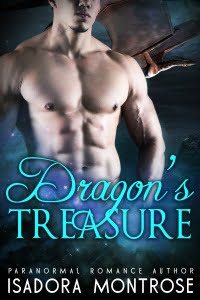 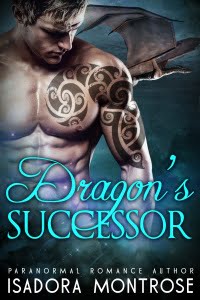 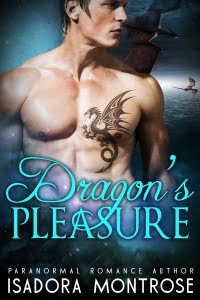 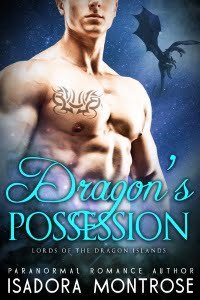 The fourth book in the Lords of the Dragon Islands series was pure delight to write. The heroic Lindorms (Book 3) and the stalwart Maoris from Dragon’s Successor (Book 2) join forces to at last defeat the malicious Vladimir the Enforcer. Dragon’s Possession begins where Book 3 left off; as the Council of the Guild of Dragons uncovers just how evil Felipe Balcazar Mendez really was.

Widower and Swedish Naval Officer Lars Lindorm is sent to Argentina to find and rescue the widow and fireling of the villainous Felipe Balcazar Mendez (Dragon’s Pleasure) who so foully misled European Dragonry in general, and Christina Lindorm in particular. Christina found her happiness with Hugo’s brother Ivan. But Lars and Nicole have an uphill battle to their Happily Ever After.

Nikki has reason to mistrust all dragons. Lars is a widower still mourning his mate. The evil Vladimir the Enforcer wants Nikki and her son Matteo at any cost. Suspense, adventure and comedy spiced with steamy passages. Oh, and did I mention young Matteo is already a world-class hoarder of critters?

As soon as Nicole smelled the man standing on her doorstep, she wished she had kept the door locked. He was tall, very tall, and very wide. His shoulders entirely blocked her view of the three-story house across the road. He was bigger even than Felipe had been. But, just like Felipe, he was a fricking dragon. Her past had well and truly caught up with her.

This dragon smiled down at her like an elegant top-of-the-food-chain predator surveying a tender morsel. His teeth were very large, and very white. His elegant golden mustache was trim and his neat beard ended in a little point. A Vandyke. Her terrified brain found her the word for his facial hair, even as she froze like a rabbit before his intense blue gaze. Her throat closed. She clasped her hands to conceal their shaking.

“May I come in?” He stepped towards her without waiting for her to answer. Nicole took an automatic step backwards into her hall. And then he was on the other side of the door closing it. His bulk filled up the wide hallway. Her chest tightened.

He was blond and sleek, where Felipe had been dark and sleek. His eyes were hot and blue where Felipe’s had been cold and black. He was taller than her late husband, and thicker and broader through thigh and chest. But his golden good looks could not disguise his fierceness. Felipe had completely concealed his under a glossy, cosmopolitan veneer.

“What do you want?” She stammered her question. Surely Dolores should be back by now? Although how the elderly woman could assist her to repel a dragon was unclear.

The dragon’s gaze roved over the cream-colored walls, the wrought-iron hanging light, the worn terracotta tiles, and the ornate frames on the rows of formal portraits of long-dead Bernals. His blue eyes returned to her. She felt menaced by his broad smile.

“My name,” he said in careful Spanish, “Is Lars Lindorm.”

It meant nothing to her. “Do you want to rent a room?” Nicole asked with as much dignity as she could muster. To her chagrin, her voice shook.

“I’m afraid I have no vacancies today,” she lied.

“I think you will find you have room for me.” His voice wasn’t soft and persuasive, as she remembered Felipe’s being. It was curt and clipped. Freighted with hard authority. He stepped a little closer.

“I am full up,” she said backing up another couple steps.

He switched to English. “I think, Señora, that you should find some room for me.”

Lars’ mission was to get inside the house so that if and when the Russians made their move he could counter it. But Felipe’s woman seemed more frightened than reassured by his presence. She didn’t want to rent him a room. And he didn’t see how he could leave her and her son to face the Russians alone. They were at an impasse. Time for a little of the Lindorm charm. Surely he still had some?

“You do know,” he continued in English, “That Felipe is dead?”

“Yes.” Even switching to her native tongue did not loosen her lips. It seemed that she had nothing to add to his bald statement.

“He had enemies,” Lars informed her.

She backed up another step and then another. “I’m not surprised,” she said. “But I know nothing of my husband’s affairs. I hadn’t seen him in eight years.”

“I’m afraid that won’t save you,” he informed her. “The men headed here won’t really give a damn if they torture an ignorant woman.”

Those hazel eyes were flecked with green and topaz. She opened them very wide as she took in his meaning. Her lips opened and closed but no words came out. Her face lost every scrap of color and she swayed a little.

“I’m sorry,” he said advancing on her. “But you really are better off with me than those thugs.”

“Who are you?” Her hands twisted in her pinafore. This time she stood her ground.

“I am,” he paused to choose his words. Being careful not to lie. “An associate of your late husband. The Council of the Guild of Dragons sent me,” he informed her. “We were looking into Felipe’s affairs. We found out about you by chance, but the Russians are right behind us.”

“What Russians, what Guild? What do you want?” She forced the words out through trembling lips.

“I want you to get the hell out of Dodge,” he told her. “You and the kid. You are both sitting ducks in this place.”

To celebrate my fifth dragon shifter book (and 20th publication), I created this little game of concentration. I hope you will enjoy it. Comment to tell me how you did. My best time was a little over three minutes! I’m sure you can beat me.