This week I have been writing a scene in Phoenix Aflame which provides an update on Lincoln D’Angelo and his fated mate Beverley Hernadez from Phoenix Aglow. I always fall in love with my heroes and Lincoln was no exception, so I was thrilled to get back to him. Yup. He’s still crazy about Bev. And they have a baby.

Because Linc is a security expert, big brother Harrison wants him to research his mate’s ex-husband. Like all my Alpha Phoenixes, Col. Harrison D’Angelo is an impressive, muscular guy with spectacular good looks. He shares the D’Angelo passion for the Air Force. He’s a patriotic Alpha Male who seems to have it all.

But Harrison is a widower reeling from losing his wife and kids. He is tough, and yet he is bleeding to death on the inside. And his grief is preventing him from being the standup kind of father to his daughter he was to his sons. Tasha is a divorcee with a daughter the same age as Harrison’s only remaining child.

So many readers wanted to know what happens after Phoenix Aglow ends. I am delighted to share this week’s excerpt with you.

For a heartbeat, there was only breathing on the line. “Harrison?” Lincoln sounded surprised. As if Harrison never called him. But they had talked last week.

“Fine. We’re all fine. Hardy’s sleeping through the night at last.”

Harrison realized his brother — his best friend — was afraid to mention his wife and son to him. He had to do better. “That’s a great phase.”

Should he reveal that it never lasted? The kid would have a growth spurt, or cut a tooth, or catch a cold and start waking mom and dad in the middle of the night again. He decided to let Lincoln and Beverly enjoy their interlude of peace.

“Sleeping, it’s the new clubbing,” Linc said cheerfully. “I hear you took a whole two weeks’ leave. Think Special Forces will be able to manage without you?”

“We’re none of us indispensable,” Harrison said austerely.

“Say that again.” Linc’s twang was wry. “Not that I’m complaining. I’ve got a good business, and mostly I don’t have to stand up to my ass in alligators anymore.”

“You miss it,” Harry said when their laughter died away.

“Every day, Harry, every day. But all good things must end. And civilian life has its advantages. I get to sleep in a warm bed every night.”

“That’s so. You heard from Pierce?” Harrison asked. He braced himself.

“Yesterday. Diana is bored with being pregnant.” Linc chuckled like an old pro. “I feel for Pierce. He’s painted the nursery twice – Diana can’t make up her mind about the color.”

That brought back memories. “Just before Harry Jr. was born, Stephanie ordered four sets of sheets for our bed. Took her an entire week to decide which ones to keep. And I swear, I couldn’t tell the damned difference. They were all beige. I hated them all equally. After the baby came, she wanted to know why I had let her choose such butt-ugly bedding.”

“I hope you apologized,” Lincoln said.

“We had a fight,” Harrison admitted. “I was too ignorant to realize that quarreling with a postpartum woman was just plain dumb. We slept on those damned sheets for years.”

Harrison held his breath to the count of four to conceal the aching sadness conjured by the thought of that long ago fight. Boring or not, he and Steph had set those sheets alight enough times to make three more babies.

“Pierce will have to figure it out for himself, Harry.” Linc interrupted his musing.

“He’ll be fine. Listen, we got us a bit of a situation here.”

“In Grape Creek?” Linc asked. “I thought Mom and Dad had lined up a major celebration with you, Grant and Frankie plus the Reynolds kids? Mom and Dad sure seem taken with that little girl. Quinn too. What’s her name? Renee?”

“Rebecca. Natasha Reynolds is Tasha Sutcliffe now. Her little girl is Rebecca. Called Becky. Did Mom tell you that Tasha had a car accident on Thursday evening?”

“Nope. Of course, these days when I call, Meemaw wants me to put Hardy on so she can listen to him babble. I don’t get much chance to chat. Is Tasha okay?”

“Two black eyes. Quinn was in the car with her and so was Becky. They are both fine.”

“Shit on a stick. Of course you did. So what’s the problem?”

It didn’t take long to sketch out Thursday’s accident. Lincoln listened without comment until Harrison ground to a halt.

“Herman Escobar was never the fastest bull in the herd, but he got the job done. Even if he was a Bison.” Linc meant only that Sheriff Escobar had played ball for the rival high school. The Coal Lake Bisons and the Grape Creek Angels had fought for the regionals for years.

“Dad thinks he’s a damn good sheriff. Voted for him. Escobar’s not a guy to jump to conclusions, but something struck him as off. Since Tasha didn’t risk her life, her daughter’s life and Quinn’s.” He couldn’t finish.

“When a woman is threatened, the first place to look is her ex. What’s Tasha’s like?”

“Sutcliffe? He’s a piece of work. Tasha’s brother called him a fortune hunter. Tasha’s spending her vacation with Mom and Dad because her ex called at the last minute on Thursday and said he wasn’t going to be in Savannah. She and Becky were packed and about to hop on a plane.”

“Nasty. What’s his first name? Okay. Let me run with this. Can’t do much until I’m back in the office on Wednesday.”

“That’s what the mechanic said too.” Harrison sighed.

“You relax. Enjoy the Fourth.”

“We’re going to have a parade. The pony gets red, white and blue ribbons, Uncle Grant is going to perform. Quinn and Becky have it all arranged.” Harrison tried to shake his unease. “I hear you are having a major blow out with Beverly’s people to celebrate the Fourth?”

“I am. We are. Pop Henderson has me on roast pig detail, but I don’t have to do anything until Monday evening when we start the barbecue.”

“That’s what Bev and her sibs call their old man. Bit of a cultural misunderstanding. But what the hey? Once upon a time, we had to learn to call our Daddy ‘Dad’. Anyway, Pop is going to show me how to slow cook a whole pig.”

“I might have mentioned it once or twice. But I might as well go be an apprentice. Beverly and I are at outs.”

Harrison felt a chill. “Whatever’s the matter, you go set it right.”

Lincoln sighed long and loud. “There’s nothing I can say that I haven’t already said. She is bound and determined that her Tres Leches cake is not getting cut until Independence Day.”

“You had me going,” Harrison said. “Three milk cake, huh?”

“Bev’s been working on it for days. Only trouble is that thing is awfully small compared to the number of Hernandezes who will be wanting a slice.”

Harrison laughed. “I’ll let you go. Call me if you find anything out.”

If you enjoyed this snippet, drop me a line. I love to hear from my readers. Phoenix Aflame is now in pre-orders with a publication date of April 23. 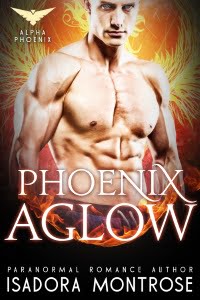 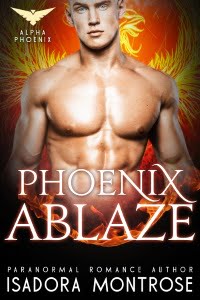 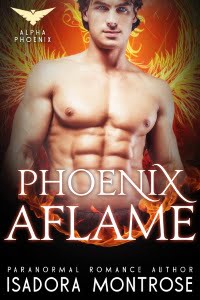