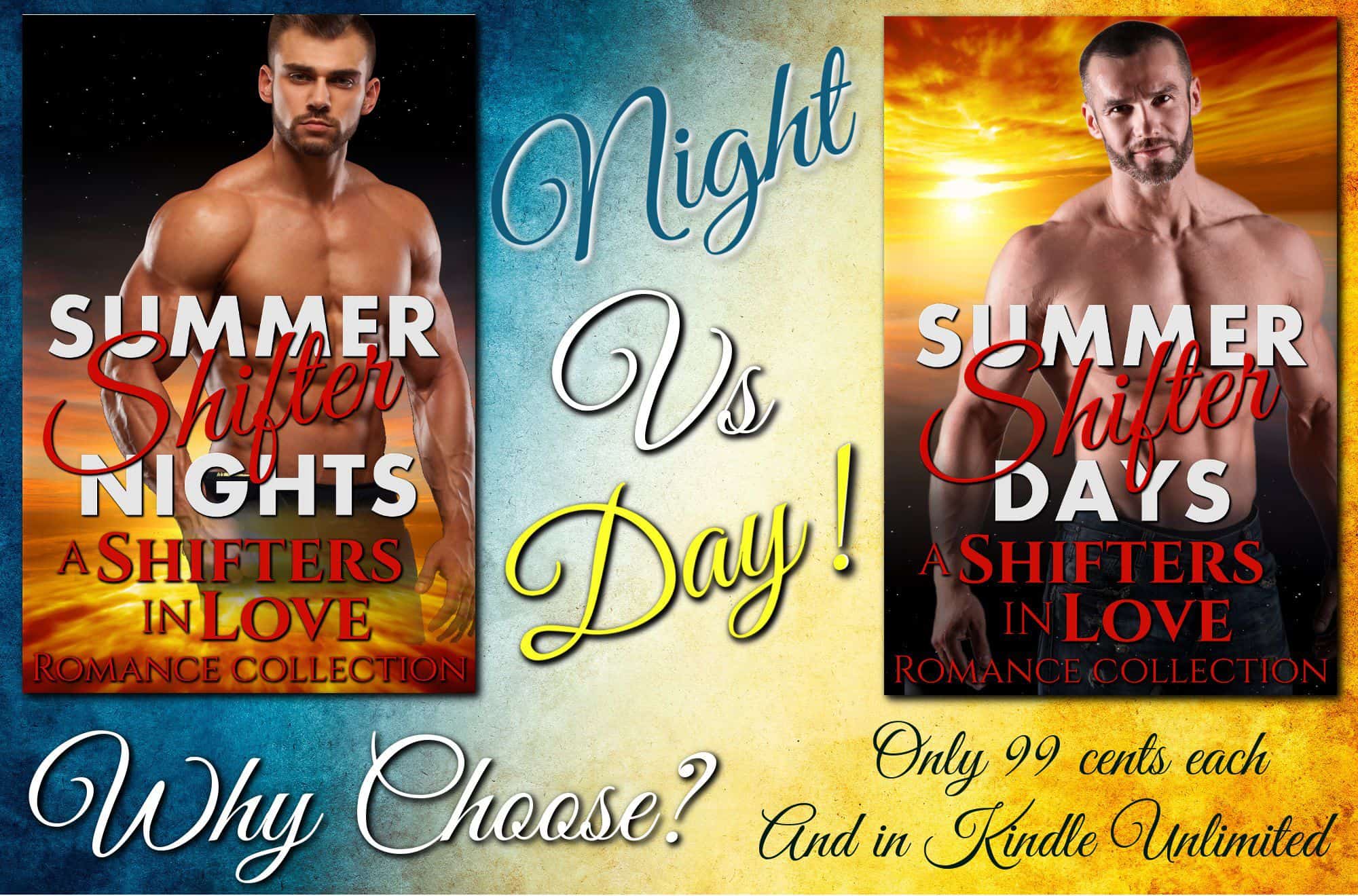 Jenna & her fated mate Zeke are two of my favorite bear shifters. Zeke is a tormented veteran suffering from PTSD. Jenna is a nurse & midwife resigned to a solitary life. These two come together in a blaze of glory, each giving the other what they need.

I put Bear Skin into the Shifters in Love Collection Summer Shifter Days to bring you a refreshing blast of sexy fun during a sultry season. Enjoy!

Tell me what you think of Bear Skin in the comments!

Now how was she to get this fellow warm? Jenna stoked the stove and added logs to get the cabin daytime warm again. With a sigh she went for her king-sized down comforter. Then she rolled the stranger so his back was to the stove.

Standing beside the soldier’s comatose body she began to remove her robe and nightgown. She lay down with him, skin to skin, so that her back warmed his front. It was like snuggling with an iceberg. Shivering with cold she pulled the quilt over both their heads to make a cocoon. She began to massage his freezing shins with her feet.

After a few minutes she forced herself to turn so they lay belly to belly. She cupped his frigid face in her palms and let him steal her heat. Gradually his icy body leached the warmth from hers. Under the puffy comforter, she began to shiver. But eventually she fell asleep, pressed up against this stranger who smelled just as her heart told her that her mate should smell.

The door to the little cabin opened as he was in mid-knock. He stumbled forward into warmth and paradise. The cozy interior glowed softly. A tall angel in a celestial blue robe stood welcoming him. A dark braid lay over one round shoulder. Rosy cheeks and lips bloomed in the lantern light. She looked like all his fantasies rolled into one. He took another step.

The room before him was comfy cozy. A big bear-sized couch and chair. A big round wooden table and four sturdy chairs. Rag rugs on the glowing wooden floor. Bear heaven. With his own built-for-bear angel. He opened his mouth to speak and toppled forward like one of the ponderosa pines blocking the roads.

When he woke up, he knew that he had died after all. But strangely enough he had gone to glory. He was warm, and that was a good feeling. And his built-for-bear angel was lying naked in his arms. Who knew angels felt so good? Her soft buttocks were cradling his dick like they had been made for that purpose. His arms were around her waist and her warm skin was soft and resilient under his kneading fingers.

They were enveloped by some light and puffy blanket. The folds caught under them as he tried to turn his angel to face him. His arms were weak. He guessed that was part of being dead.

Only his favorite muscle seemed ready to work. He kissed the top of his angel’s spine again but she didn’t wake. She smelled of bear. Female bear. His own personal reward. He sure as heck didn’t deserve her. But who was he to argue with fate?