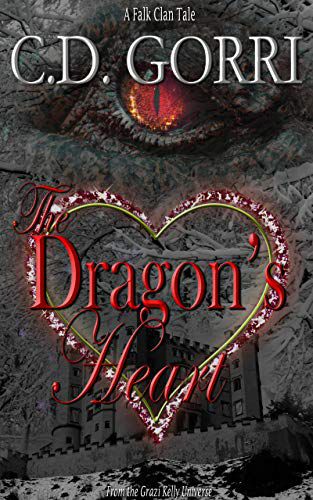 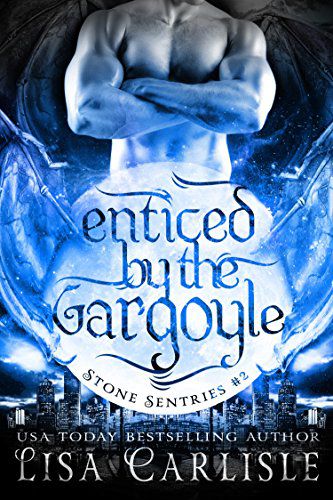 Woo hoo! This week I am excited to share 2 wonderful excerpts with you. I have snippets from both Paranormal Romance authors C.D. Gorri and Lisa Carlisle. The first is from C.D.’s newly expanded paranormal classic The Dragon’s Heart. You are going to swoon over her Edric.

The Falk Clan Tales by C.D. Gorri feature four Dragon Shifter brothers and their journeys to discovering their one true mates!

Each brother’s chest is marked with his own gemstone rose, the magical link to his heart and his magic. When the brothers find their mates, they share their rose and their hearts, forever.

The second is a snippet from Lisa Carlisle’s Enticed by the Gargoyle. Another great read from this USA Today bestselling author! Larissa is one smoking hot cop. Enticed is Book 2 in Lisa’s Stone Sentries (Boston) Series. You won’t want to miss this Night Owl Reviews Top Pick!

The red gown seemed to turn to liquid and began to swirl and twirl in front of her, like a million red rubies glittering in the sunlight from fiery orange to a deep, intoxicating blood red. The colors flew into one another until Joselyn was dizzy with emotion, desire and need being the strongest. Beautiful and foreign. Exciting.

She gasped with the strength of her emotions. Suddenly, Joselyn felt light as air. She became weightless, almost as if she were somewhere gravity could not reach her. She could feel herself smiling as the dress grew even warmer in her arms. Something somewhere was calling to her. Her fingers continued to caress the warm, impossibly soft fabric and then, whoosh.

Joselyn closed her eyes and allowed herself to be swept away by the vision. She fully recognized the pull of her clairvoyant powers. She no longer fought against them. That would only be counterproductive. After much trial and error, she knew now to simply ride the wave of magic that pulsed through her. No matter how unexpected. She ignored the yell of her friend as she eagerly fell into her sight and allowed the vision to fill her mind.

It was a tad bit hazy, but she could see herself there, in the ballroom of Castle Falk. There were flowers and candles and soft music playing. She couldn’t make out the other people in the room, but there she was. She was wearing the ruby red gown, and she was swaying. No, not swaying, wait for it, ah! She was dancing. Large, muscular arms surrounded her. The owner of those arms caressed her back and hips as they swayed to the softly playing music. He was laughing, a deep rumble in his chest and she laughed too. She felt safe and deeply satisfied. Wanted. Sexy. She could almost feel him holding her now. She rested her head against his large chest and felt the beating of his heart, a strong and steady beat.

He was warm and smelled pleasantly of smoke and pine trees. Joselyn loved the combination. She was not alone anymore. Her heart squeezed inside her chest. He was important. Unique. She couldn’t see a face, but she could sense him. Powerful and true. Oh, my! Dragon.

Her heart thudded rapidly inside her chest. Breathless excitement, a tangible happiness she’d never felt before, filled her. She gasped and felt her heart swell, though whether it was in the vision or in the present, she couldn’t tell. She only knew she felt contentment and profound joy. She was so full, full of, of- Oh Goddess, no! She was in love!

“No way!” She yelled aloud.

There was no way Joselyn Coracao was falling in love at her best friend’s wedding! Not with everything she’d just set into motion for herself. She shook herself out of the vision that threatened to change her life. Noelle was waving a hand in front of her face, calling her name. Joss struggled to get her mind focused on the present. She shook her head and apologized to the nervous bride.

“Was that a vision? Did I just witness your witchy powers at work?” Noelle whispered excitedly.

Joselyn laughed. It wasn’t an easy adjustment for her, having others know about her supernatural abilities, but Alexsander, Noelle’s fiancé, had outed her to his intended. She couldn’t blame the guy. He wouldn’t keep secrets from his soon-to-be wife, and that meant she had to come clean. She was grateful he’d given her the chance to do it herself.

“Um, yes. Remember I told you about my talent. I’m telepathic, well, clairvoyant really. Mostly, I get these visions-”

This material is copyrighted to C.D. Gorri (2018) and may not be reproduced without her consent.

ENTICED BY THE GARGOYLE

The pain in Larissa’s head intensified. She panted. Her vest felt too tight, as if she’d swelled up under those damn lights. And it was so hot, she started sweating.

She stared at a figure of a weeping angel on her desk, one that Janie had given her. It was from Doctor Who and had “Don’t Blink” printed at its base. As if she could control any of her physical responses, right now. Simply breathing had turned laborious.

The muted ache in her head turned up as if someone had twisted a crank to a level reading “throbbing.”

You can’t lose it here, she told herself. Ignore it. She couldn’t function through the pain, not at that intensity. Voices around her called her name, only they sounded like they were underwater.

Images of demons flickered in her mind. Their red leathery wings flapped in the night sky. Their eerie eyes glowed with malevolence.

No. It had to be a flashback. The demons were gone. She’d helped send them back to their realm.

Help me, said a voice. It was Janie.

“How?” Larissa called out.

No answer. Of course not. This wasn’t real. It was in her head.

She clutched the edge of her desk, bracing herself against the pain. The stark lines of the police station curved as a dark haze clouded her vision.

“Janie?” Her whisper came out a soft plea.

Shit. She was going to pass out. She lost her grip on her desk as she fell.

This material is copyrighted (2018) by Lisa Carlisle and may not be reproduced without her consent.

Buy Enticed by the Gargoyle now!